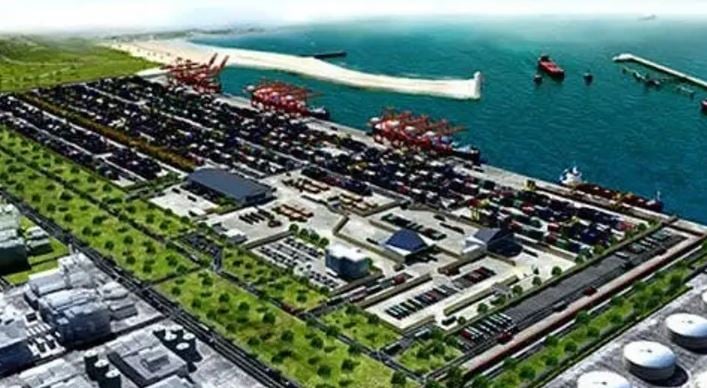 The Ijaw and Itsekiri people of Gbaramatu and Ugborodo in Delta state have threatened to disrupt the federal government’s $2.8 billion Ajaokuta-Kaduna-Kano (AKK) gas pipeline project.

Speaking at a joint press conference on Sunday, Godspower Gbenekawa and Mike Odeli, representatives of Gbaramatu and Itsekiri respectively, demanded an immediate resumption of work on the abandoned $16 billion export processing zone (EPZ) in the state.

The EPZ project was inaugurated by Former President Goodluck Jonathan in March 2015 under the component of the gas revolution industrial park (GRIP) that comprises of the gas industry city at Ogidigben and the deep seaport at Gbaramatu.

President Muhammadu Buhari recently flagged off the construction of the $2.8 billion Ajaokuta-Kaduna-Kano (AKK) gas pipeline project, which he said would revive moribund factories and the development of new ones upon completion.

“It will interest you to note that the just concluded groundbreaking of the 614km long Ajaokuta-Kaduna-Kano (AKK) natural gas pipeline meant to convey gas to the northern part of the country, Morocco, the United Kingdom, etc. a 40-inches diameter pipeline expected to transport 3,500 million metric standard cubic feet (MMSCF/D) per day of dehydrated wet gas, which is the same amount of wet gas intended for the GRIP, in Warri south-west LGA but stalled for the former,” the leaders said.

“This is what we termed sheer insensitivity by a government that displays ill-attitude towards developing other regions, especially the ones that lay the golden eggs like ours.

“It beats our imagination as to how a government that claimed to practice and encourage local production suddenly deviate from its agenda rather than encourage local industrialization through projects such as the GRIP, instead opted to sustain the continued exportation of our natural gas without adding value to them.

“On this, while we are in total support of the AKK, we say the GRIP-EPZ must be continued or we will be constrained disrupt any attempt to continue with the AKK.”

The DPR has opened bidding rounds for 57 marginal oil fields in the country.