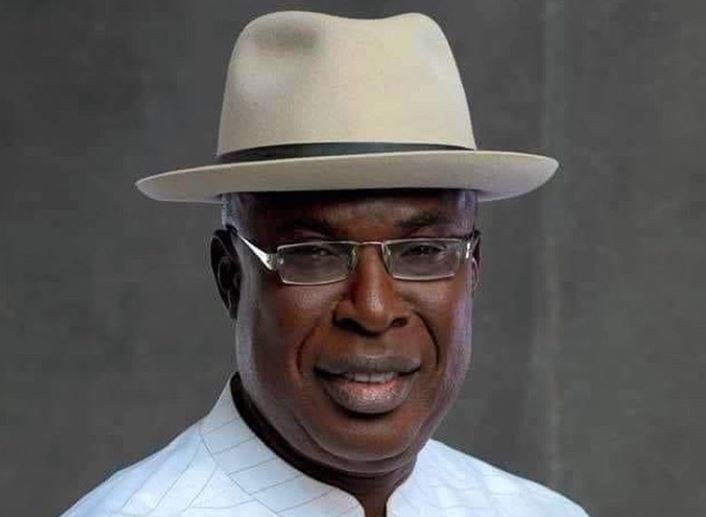 Timipre Sylva, minister of state for petroleum resources, says the federal government did not promise to permanently reduce petrol price.

The pump price of petrol was fixed at N125 per litre in March and was reviewed downwards in April to N123.50.

In May, only the ex-depot price was reviewed downwards to N108 and the retail price was adjusted to N121.50 in June.

However, the price rose to N143.80 in July following a recommendation of the Petroleum Product Pricing Regulatory Agency (PPPRA).

The increase in petrol price led to public outcry, as Nigerians decried the government’s action amid the coronavirus pandemic.

In a statement on Wednesday, the minister said the price hike was not imposed on Nigerians but was necessitated by market forces.

Sylva said the deregulation of petroleum products was done after examining the effects of petrol subsidy.

“After a thorough examination of the economics of subsidising PMS for domestic consumption, the FG concluded that it was unrealistic to continue with the burden of subsidizing PMS to the tune of trillions of naira every year. More so when this subsidy was benefiting in large part the rich rather than the poor and ordinary Nigerians,” the statement read.

“This means also that market forces will henceforth determine the prices at the pump. In line with global best practices, the government will continue to play its traditional role of regulation; to ensure that this strategic commodity is not priced arbitrarily by private sector suppliers; a regulatory function not unlike the role played by the Central Bank of Nigeria in the banking sector; ensuring that commercial banks do not charge arbitrary interest rates.

“There was no time government promised to reduce pump price and keep it permanently low.”

DEREGULATION:
THE FACTS AND THE REASONS BEHIND THE POLICY.@HETimipreSylva@NNPCgroup @garba_deen

Sylva said the government ensured that Nigerians benefited when the prices of crude oil reduced globally.

“Petroleum products are refined from crude oil. Therefore the price of crude (the feedstock) for the refining process will affect the price of the refined product,” he explained.

“At that time, we indicated that an increase in crude oil prices will also reflect at the pump.”

Sylva said there is a need to free up investment space in the midstream and downstream segment of the petroleum sector adding that Nigerians can “no longer avoid the inevitable and expect the impossible to continue”.