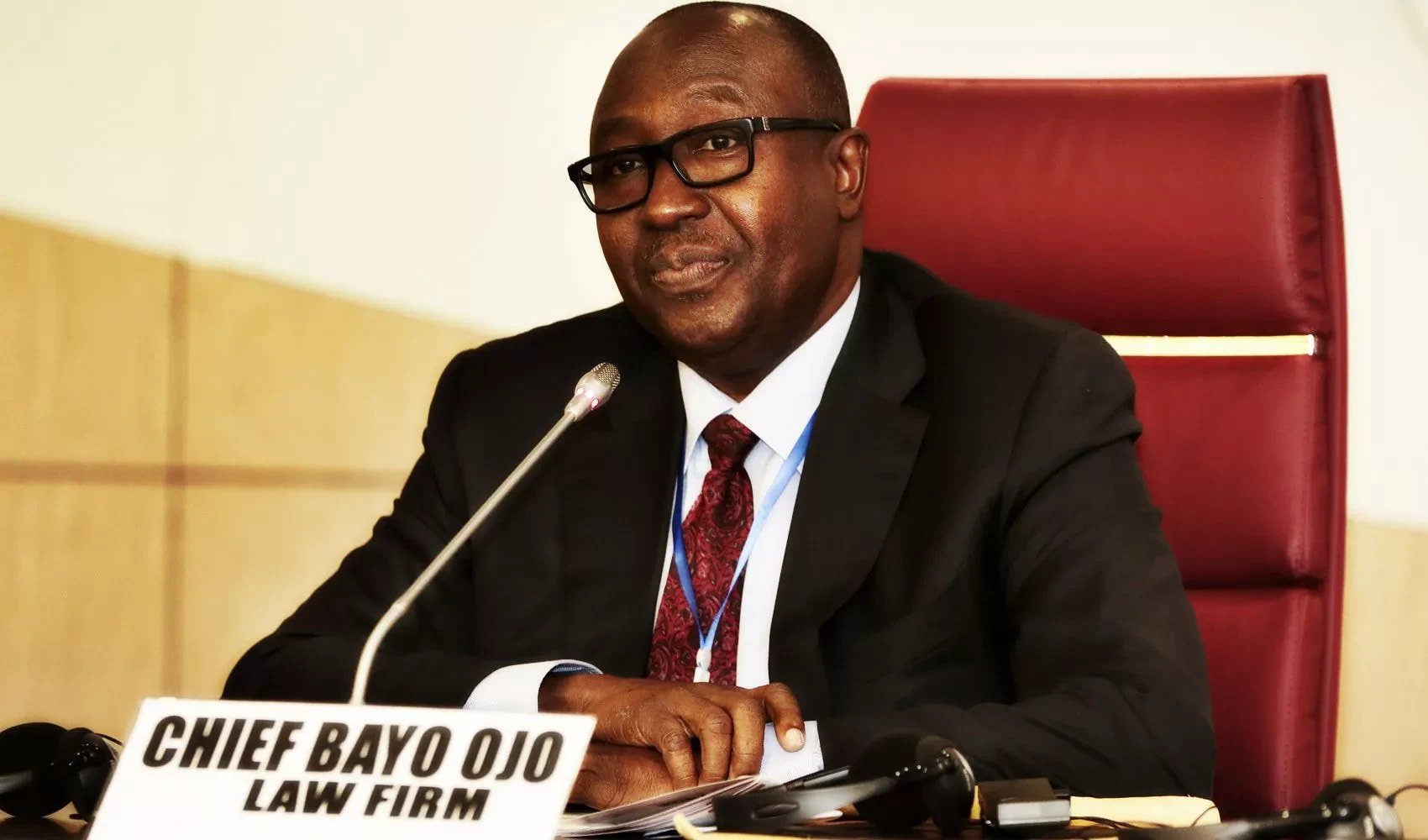 Adebayo Ojo, former minister of justice and attorney-general of the federation says he collected only $10 million as “legal fees” out of $50 million agreed with Dan Etete, former minister of petroleum resources, for the sale of the deepwater oil block, OPL 245 to Malabu Oil and Gas (Malabu) in 2011.

Located on the southern edge of the Niger Delta, OPL 254 is said to have about nine billion barrels of crude oil, estimated to worth half a trillion dollars.

In a Milan court proceeding on Thursday, Ojo said he provided legal advice to Etete between 2009 and 2011, while seeking possible buyers for the lucrative oil block.

However, investigation documents made available to the court said the $10 million “legal fees” Ojo received is just a tranche of a “$50 million bribe” paid by Italian oil giant, Eni, for the purchase of the oil block from Malabu.


The $50 million represents five percent of $1.1 billion allegedly used to bribe local politicians, intermediaries and others involved in the case.

Royal Dutch Shell and Eni, alongside a number of their senior executives have been involved in lawsuits for their alleged role in the deal, which both companies have denied.

In February 2017, both companies had through their Nigerian subsidiaries, asked a federal high court to reverse an order that revoked the award of OPL 245 to them after purchasing the block from Malabu.

During the Thursday trial, Sergio Spadaro, the lead prosecutor, questioned Ojo about the “legal work” he had done as claimed, but the former minister did not provide details of his assignment, claiming “professional secrecy”.

Ojo, however, specified that during that time, he didn’t know about the lawsuit initiated by Shell nor that both Shell and Eni “could be buyers” of OPL 245.

He confessed that he still had dealings with Vincenzo Armanna, a former manager at Eni and had in 2012 paid the Italian $1.2 million for a business in the “gold sector that aims to expand to the renewable energy sector and oil”.

The money paid to Armanna according to him, was from his $10 million “legal fees” which was transferred from one “Rocky Top Resources to his personal account because his firm did not have a foreign account.”

Referring to the payment made to Armanna, the former minister said: “The money has not been asked back because we still want to work together.”

Abubakar Aliyu, a Nigerian businessman who is also under trial for his alleged complicity in the case, was not present for court proceedings on Thursday as scheduled.

Aliyu said he only just discovered the same day his trial was to hold that he is being investigated in a related case.

The businessman claimed not to know the accusations made against him, adding that he “cannot assess whether or not to answer”.


His case was adjourned to February 13.