NNPC: Why we gave pipeline surveillance contract to Oshiomole’s friend 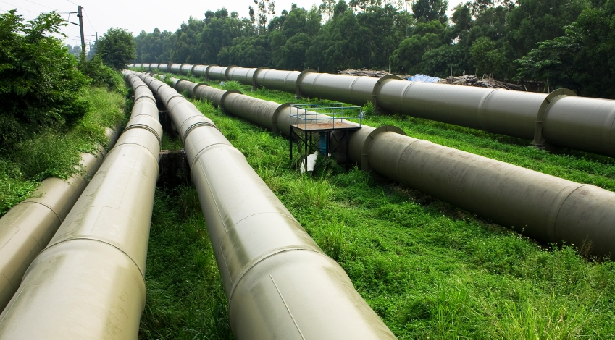 Ocean Marine Solutions is owned by Idahosa Okunbo, a Nigerian businessman, whom Adams Oshiomole, chairman of the All Progressives Congress (APC), referred to as his friend in a 2016 letter to Ize Iyamu.

In a statement released on Tuesday by the corporation and signed by Ndu Ughamadu, its spokesman, NNPC said the contract is the result of a rigorous appraisal of OMS’s record of performance on the Bonny-Port Harcourt and Warri-Escravos crude evacuation lines.

Trans Forcados is an 87km pipeline with a capacity of 250,000 barrels.

“In 2018, we lost over 60 days of production due to incessant breaches on the TFP despite having a security contract in place,” the statement read.

“In terms of production numbers, this translates to over 11 million barrels of crude oil which on face value equates to over $800m in lost revenue to all the stakeholders in the matrix which includes: NNPC, its Joint Venture partners and the Nigerian Federation.”

Ughamadu said the contract would require that the company bear the cost of any damage to the pipeline, unlike the former contract where the company was exempted from repair costs.

NNPC said it lost 60 days of production under the new contract and spent $32 million on repairs and protection of the pipeline.

According to NNPC, OMS is obligated to engage youths from the community to execute the contract hence youths engaged under the old contract do not have to fear losing their jobs.

On the allegation of non-adherence to due process in the offer of the surveillance deal, NNPC explained that all federal government-approved procurement processes and procedures were followed to the letter.

In 2015, a memo from the Presidency had directed that ex-militants, led by Government Ekpemupolo (aka Tompolo), Mujaheedin Asari-Dokubo and Chief Bipobiri Ajube (aka Gen. Shoot-At-Sight) take over Nigerian waterways and oil pipeline protection from the police and the Nigerian Security and Civil Defence Corps (NSCDC) as from March 16.

Frederick Fasheun, deceased founder of the Oodua Peoples Congress, and Gani Adams were also beneficiaries of the contract.