EXCLUSIVE: Buhari rejects PIGB, says it whittles down his power 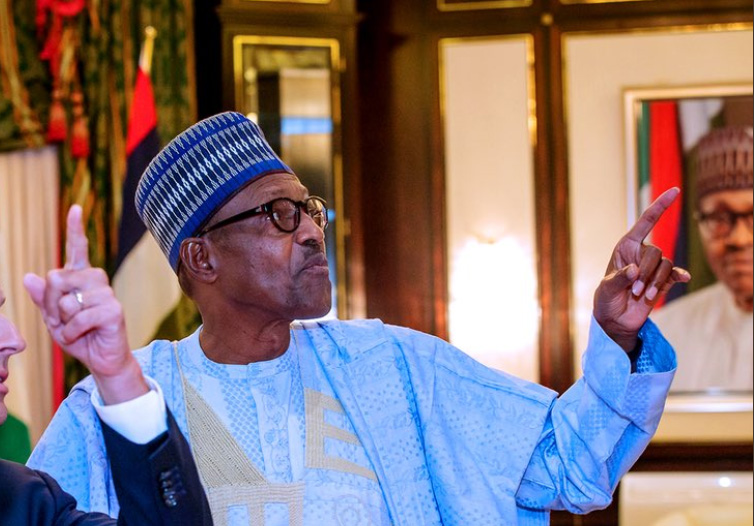 The proposed law, which was conceived to liberalise the governance structure of Nigeria’s oil industry, is one of the four bills in which the omnibous Petroleum Industry Bill (PIB) was broken into by the legislature after over a decade of motion without movement.

One, Buhari said the bill, if signed into law, would whittle down his power as minister of petroleum resources.

However, a separate law, Petroleum Industry Fiscal Bill (PIFB), is currently being considered by the lawmakers.

The other subsets being considered are: Petroleum Industry Administration Bill (PIAB) and the Petroleum Host Community Bill (PHCB).

Buhari’s refusal to sign PIGB into law will be regarded as a big set-back for the reform of the oil industry after years of campaigns and controversies.

The harmonised bill was passed by both chambers of the national assembly on March 28, 2018.

The bill arrived Aso Rock on Tuesday, July 3, 2018 — after a series of back and forth at the national assembly.

Below are nine highlights of the provisions of the PIGB as passed by the national assembly.

NNPC OUT, NPC IN

The provisions of the regulatory bill state that NNPC will be restructured by splitting the assets and liabilities of the company. This essentially means that much of what comprises NNPC today, including the refineries, the Nigerian Petroleum Development Company (NPDC) Ltd and the joint venture (JV) assets, will be transferred to the proposed National Petroleum Company (NPC). The NPC will not be subject to the provisions of the Fiscal Responsibility Act 2007 and the Public Procurement Act 2007.

The bill proposes the establishment of the Nigerian Petroleum Regulatory Commission (NPRC), the Petroleum Equalization Fund  (PEF) and the incorporation of three commercial entities including the Nigeria Petroleum Assets Management Company (NPAMC), National Petroleum Company (NPC) and the Nigeria Petroleum Liability Management Company (NPLMC). The NPRC which will be formed by merging the Department of Petroleum Resources (DPR) and the Petroleum Products Pricing Regulatory Agency (PPPRA). It will be the regulatory entity for the whole industry. The NPAMC will manage production sharing contracts and back-in rights provisions, while NPC will be in charge of current NNPC joint ventures with international oil companies (IOCs) upon incorporation.

PEF will ensure “economic balance of petroleum prices across all regions”. Uniformity is meant to be achieved through re-reimbursement of oil marketing companies for any loss that they incur solely and exclusively as a result of the transportation of petroleum products and for their provision of financing for infrastructural development throughout the federation. The PEF will determine the amount of reimbursement due to any oil marketing company for the purposes of equalizing products prices.

Full responsibility for environmental matters in the petroleum industry is now vested in the NPRC and not the federal ministry of environment. The NPRC is toensure strict implementation of environmental policies, laws, regulations and standards as it pertains to oil and gas operations. The regulatory body will also promote the healthy, safe and efficient conduct of all petroleum operations in an environmentally friendly and sustainable manner. However, the bill adds a clause that includes a voluntary collaboration of the commission with the Ministry of Environment.

PIGB requires federal government to divest 10 percent of shareholding in the NPC in a transparent manner, within five years from the date of incorporation. An additional 30 percent is to be further divested within 10 years from the date of incorporation. This means that citizens can own a stake in the national oil company subject to any terms put forward for the privatisation exercise.

The NPRC is subject to the public procurement act and a corporate governance code will be defined for the Nigerian Stock Exchange for the NNPC successor companies. The, NPC however, will not be subject to the provisions of the Fiscal Responsibility Act 2007 and the Public Procurement Act 2007.